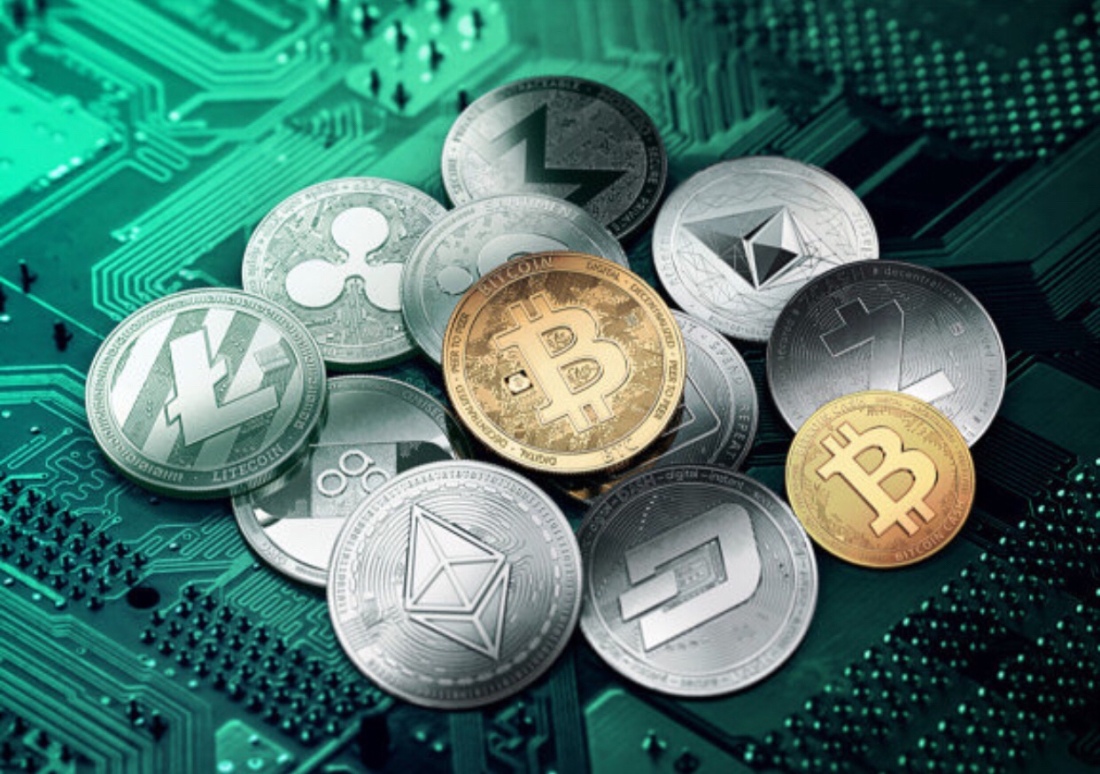 There has been great and bizarre attempts by Muslim authorities in recent times to offer a ruling on bitcoin and crypto currencies in general. For future reference, we shall identify this community as the “bitcoin is haram” fuqaha. After having examined the various rulings, expressions, or commentary by these authorities that have commented, there are several attributes that they all share.

For those interested, please review the first in this series Cryptocurrencies in Light of Islam 1: Addressing the Bitcoin Is Haram Fuqaha Series

Part 2: Shaykh Monawwar Ateeq
The shaykh offers his own commentary to the subject of bitcoin. It is as follows. It is broken down into quotes so I will address them accordingly

Initial Thoughts on Bitcoin
The creator of bitcoin is disputed and no one regulates it so there is no one to complain to and hence the risk associated with it is very high due to severe ambiguity (Gharar Shadeed). It will take several years for world economies to accept and regulate it.

1. The creator of bitcoin being anonymous is irrelevant to the hukm shar’i of a neutrally rendered matter. This is akin to declaring paper itself doubtful because no one knows “who created it”. This is not mustalihul-hadith where t’arif is a necessary component in tawthiq (acceptance) of a narrator by which a majhul will defacto disqualify the narration from even being reviewed as being acceptable or not. This is applied economics. Moreover, the identity of a majhul is irrelevant as per the mechanical operations of an actual tangible technology that does exist and is used by people and has use cases and is PROVEN to work

2. Secondly, Shaykh Monawwar’s argument “there is no one who regulates it and hence no one to complain to” is a catastrophe of logic on two angles of approach

A. Firstly, no one regulates crypto currencies because it is a decentralized network. The main reason (among others) as to why it is decentralized is to undercut the cabal-based network of market manipulators and inflators of physical fiat based systems which lands us into the next predicament in the second angle of approach
B. The only one doing the most complaining are the global community towards their regulatory masters among the banking cartel. Not only are the complainers among fiat based system, but even as you complain, you, the people, are NOT answered. Credit card companies or even by legal bodies can revoke payments made from one peer to another. So you can keep your fiat system where you can complain all you want while being ignored while we’ll continue to benefit from true ownership of wealth on the human level (since Allah is ar-Razzaq and the True Owner of all things bil haqiqatan)

3. Your argument of “The risk is to high” is just as absurd as it is having no basis for Islam. Risk is in investments. All of halal investment capital is risk. There is no shar’i injunction that stipulates what amount (percentage-wise) determines what is halal from what is haram. Moreover the shariah is not ran by one’s uninformed and severely unresearched opinions.
4. Gharar has nothing to do with an autonomous economy. Gharar is related to specific TRANSACTIONS, NOT a currency. The fact you have conflated the two exposes two matters

A. That you’re obviously unaware regarding cryptocurrencies and therefore incapable of correctly offering a valid researched opinion on the matter
B. That you may not be fully aware of the shar’ mu’awwil (interpreted legislation) of the concept of economics of Islam.

5. Money has always been OUTSIDE the control of regulations and “world economies”. “Official” recognition does not determine the hukm shar’i of common people’s acceptance of a medium of exchange. The Shariah of Islam is a classic example of having neutrality in this regard.
6. What years???? Countries around the globe are already beginning to exert their power (for good or for bad) in influencing and regulating crypto currency markets. You are years behind schedule. Governmental policy has been trying to influence crypto markets since 2015. Countries are making head way advancements in absorbing crypto markets. Qatar is on the verge of integrating cryptocurrencies into its economic system.

2. It is not tangible and is only virtual. Islamically, it’s not a currency backed by any assets and it is not a common medium of exchange in most parts of the world including most western countries nor is it a commodity. World financial authorities are skeptic about bitcoin for obvious reasons including economic interests such as its impact on tangible currency.

Your “Its not tangible, it is only virtual” is also faulty from 2 angles of approach
1.  Virtual or tangible is not a defining feature of what predicates the ruling of ibaha (permissibility) on a medium of exchange in Islam. As Imam Malik and many others have outlined in their works on economics in Islam, money is ultimately based on what the culture have accepted as a medium of exchange. Likewise money is also judged by what people base their faith on. This is proven socially, historically, and undeniably something Islam did not come to contend with. Even a king of a country can make money out of thin air but if a people of that country have no faith in its value and use other things entirely, then it fails to be used as a medium of exchange. This is why bankers use the threat of force from governments to enforce a thing as being money and a medium of exchange. Even President Lincoln himself issued his own green backs to fight the banking cartel. But eventually, the propaganda that the banking groups used during the Lincoln administration was able to convince the majority of the people OVER their own president.
2. This would have to include the “virtual” money millions of people who receive “Direct Deposits” into their bank accounts. UNLIKE cryptocurrencies like bitcoin where it legitimately has to follow a hashing algorithm to mine coins and thus has backing and value IN AND OF ITSELF, people’s direct deposites are just typed numbers men behind a computer screen type allocating your funds, with a promise from the bank that if you wish to extract cash from the bank, then you can.

Likewise is the virtuality of credit cards. When people are granted credit cards, its merely an “allowance” based on credit scoring systems that banks set up which allows them to grant people money out of thin air. VIRTUAL MONEY at that. I have one credit card that has an allowance of $700. I CANT take “physical” money out of the bank for that. That is literally virtual by nature. It doesn’t exist just like crypto currency.

This modern predicament we’ve been living under renders your theory of “virtual not tangible” as inapplicable to how we have lived for decades now.

Your “world financial authorities are skeptic” also falls flat on its face because these same real world financial authorities have likewise iterated positive yield results as well as its possible global mass adoption. It is no wonder that the worlds top mercantile exchanges based in Chicago as well as Nasdaq have opened a “bitcoin futures” and will even EXPAND to other alternative coins beyond bitcoin. Goldman Sachs, for good or for worse, are opening an official cryptocurrency platform for their bank. Entire countries are absorbing cryptomarkets and Qatar is essentially going to merge a portion of its economy into the cryptographic world

3. The bitcoin field is infant and open to many risks like fraud. Some companies have scammed people’s money.

Fortunately, these reasons have nothing to do with substantiating or revoking the state of permissibility for a currency. If it was, then mankind would be prohibited from having any monetary model at all, including gold and silver.

Your “open to risk and fraud. People have been scammed” argument is probably the most fallacious of all.
If fraudulent activities (scams) was a basis for hukm shar’i, then all known currencies, markets, and money known to man, including Umar ibnul-Khatab’s رضي الله عنه own coin would likewise be haram because every time there is something called wealth and money, there is obviously going to be a few bad apples scamming people.
The difference between the frauds and scammers among crypto markets versus tangible fiat money is that in the world of crypto, the scammers are average people. In the “real world” of tangible money, the greatest scammers are the banking institution themselves primarily, and the governments (bodies, officials, politicians) that they employ and select for the people to elect. Governments, banking institutions, and the corporate sectors account for pretty much 99% of all the scams and fraudulent activity that happen on planet earth, of all countries. What is even worse, they will imprison the common person for “tax evasion” accounting to “thousands” of dollars but will slap on the wrist money laundering cartels and human trafficking black markets like Dyncorp and in most cases, they are never found out, or if they are exposed, they are slapped on the wrist and made to pay minor fines (in contrast to the vaste wealth they’re illegally involved in) under “white collar crimes”.
So your use case for “scams occur” is actually the worst case you can use to prove crypto currencies haram for the sake of fiat currencies when the greatest of economic crimes from scams to money laundering happen in your precious fiat system.

Lastly, a MAJOR reason for the creation of crypto currency was to prevent the public, the people from continually getting scammed by their own banking institutions and the governments that aid them. And here you are defending that greaseball system. If you were interested in helping people, you would be recommending cryptocurrencies, not throwing shade to it.

4. Lastly, virtual currency is notoriously used to whiten black money from drugs and to pay illegal ransoms across borders.

Again, two angles
A. If a currency can be used for illegal activity, then ALL money is haram, including Islamically minted coins with the name of Allah on it. As long as the human race exist, there shall remain criminals and criminal activity. The shariah does not use an inflated concept of sadd ad-daria to every situation imaginable.
B. Scams, drugs, and illegal activity have been part of human existence, and will not erase and only increases with the concept of medium of exchange.

My advice to all those asking for advice is: Humans naturally desire generating fast income. Don’t waste your precious and hard earned money on this severely ambiguous and highly risky venture. Remember only that which Allah Almighty has destined for you shall come your way and what was never written will never be yours.

We appreciate sincere advice and I believe this is being honest and sincere off of what you have come to observe and know. But that is the real question isn’t it? How much does one know? Imam al-Bukhari titled a chapter in his sahih demonstrating a pinnacle attribute of the Muslim, العلم قبل القول والعمل, knowledge precedes speech and action. Demonstrating that knowledge is required before a person embarks on making a move or talking about something.