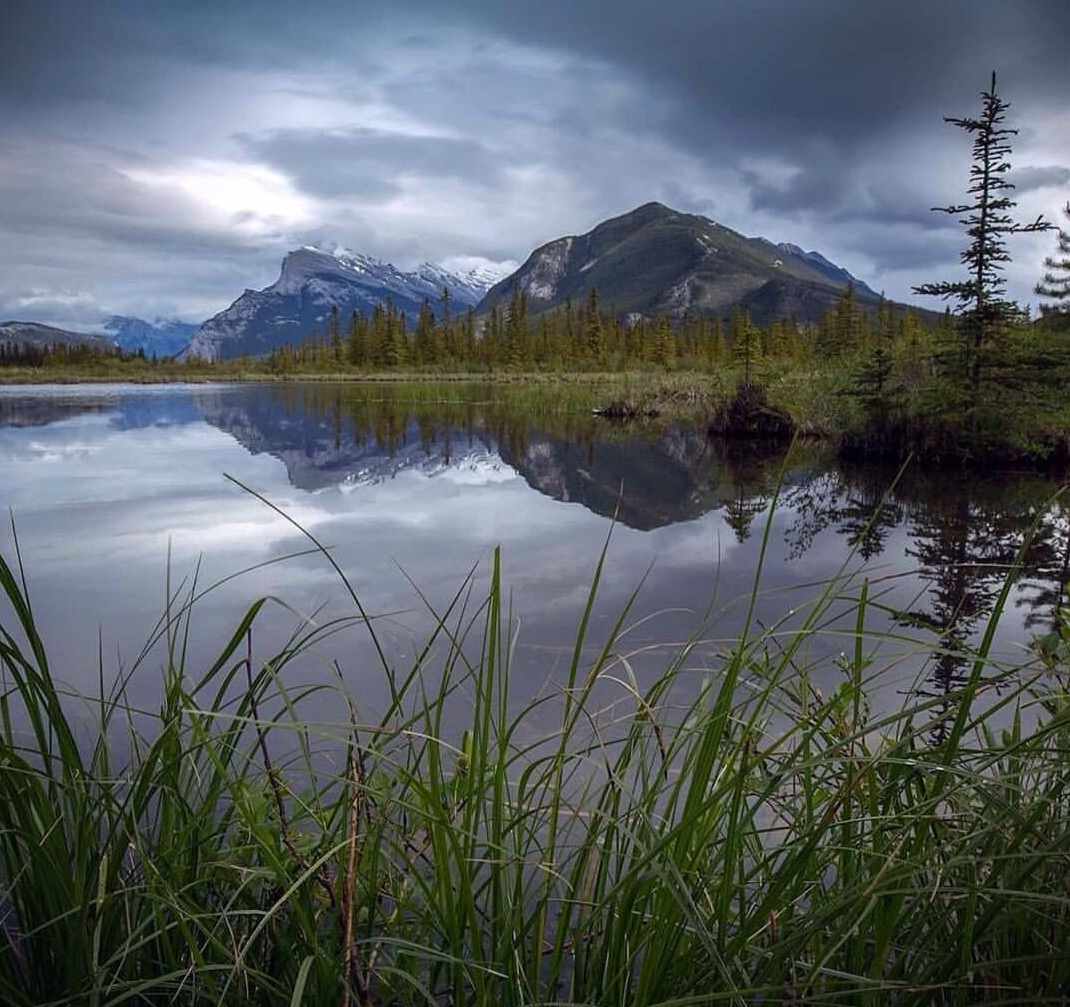 One of the troubles that has risen from the horizon in the post mobile era is the rise of attention deficit of information retainment. I’d call this ADIR. There are even books that have been authored as a result of this cognitive arresting of development. With the advent of Twitter and the rest of the linguistic minimalistic wave of social media where information is delivered in smaller bit sized packets; terminologies and longer tangibly applied sentences begin to evade the cognitive intellect of average people, especially the newer and younger snapchat twitterfied age group. However, this is also affecting earlier generations from the 70s and 80s, albeit not as bad. The price of this is several fold, primary of which is the obfuscation of facts. To give due justice towards a particular thought as complex as something pertaining to geopolitical, historical, sociological, or even from the arts, requires a type of adab in nomenclature that is being slaughtered because of linguistic minimalism.

I have always been an antagonist of the linguistic minimalist wave because I knew it was constructed by design to arrest the development of people’s mental capacity both in cognition and retainment. That is why I’ve always used to form my writing in opposition to this standard with longer sentences (which is actually a classic standard in old English) and higher than 4th grade level terminology that the media purposefully forms their content towards. As a side note, if the reader did not know that one of the standards of licensed media platforms is to standardize the dialectic on a common 4th grade level, then you need to further inform yourself. Its literally the standard in today’s “journalism” in reporting.

Traditionally, there was nothing wrong with stringing several thoughts with a single sentence providing a continuation of each thought with commas. People of that time never lost the thread of the entire thought that was being articulated. Even in Arabic, there are comments made by classical scholars that almost never ended with و and و and و for an entire page, and up to several pages. Normal humans at the time were able to grasp each new construct being introduced with the continuation of the و WITHOUT loosing the fiber of the original sentiment being disussed. The same with the English language in the past. And I’am pretty sure it was like this as a universal standard for most, if not, all languages.
It is not for nothing that Orwell pioneered the concept of newspeak. A concept riddled with a number of important connotations which has a modern manifestation in some of the following

It is as Orwell said

“ Political language… is designed to make lies sound truthful and murder respectable, and to give an appearance of solidity to pure wind.

[Politics and the English Language 1946]

One reason why I say this culture of cognitive arrested development was engineered by design is really quite simple. Either you’re an automaton or someone plagued by incredulity. Language is used in the exploitation of power in the modern context.

How is this done?

Why would language be an avenue for power?

You must understand that language is the means (the medium/channel) by which knowledge can be attained and understood. Hence the age old adage

If knowledge is power, then this entails that the medium of knowledge, i.e. its acquisition, entails the same case as knowledge itself, and thereby implicitly part of the acquirement of power.

At any rate, we are definitely in the era of arrested development of entire societies. Economically, socially, and even linguistically through your alleged “education”.

Until the world truly offers a free market educational system, every mukalif (a person accountable for their own actions and decisions) will have to learn alternative areas of knowledge and study on their own time.

Anyways, back to the subject matter. The idea of this arresting development of thought through linguistic minimalism, newspeak, or what have you, as a means of manufactured engineering is not my own wishful thinking as the intellectually inept may tend to lean towards. This comes directly from the horses mouth. Our very own wonderful Bertrand Russell pontificated this in his own words. After explaining the scientific dictatorship of mass populations with the following

“Scientific societies are as yet in their infancy. . . . It is to be expected that advances in physiology and psychology will give governments much more control over individual mentality than they now have even in totalitarian countries. Fitche laid it down that education should aim at destroying free will, so that, after pupils have left school, they shall be incapable, throughout the rest of their lives, of thinking or acting otherwise than as their schoolmasters would have wished.”

He goes on to say the following words that completely tie in with today’s current phenomenon. The irony is that they behave with an outlook to this phenomenon as if it is a haphazard accidentalism by which we landed in this current predicament in the first place. Absorb what the famous imperial philosopher Russell is saying here. He says

“Diet, injections, and injunctions will combine, from a very early age, to produce the sort of character and the sort of beliefs that the authorities consider desirable, and any serious criticism of the powers that be will become PSYCHOLOGICALLY IMPOSSIBLE”

These are not “wish lists” that the affluent and powerful simply conjure up. These are cornerstones of policy to be implemented by those with power. This post is not about the issues of “diet” or “injections” which have and are being implemented as we speak with your food consumption and its production, medical care and big pharma. Those are separate topics of concern. This post in centered on “injunctions” i.e the intellectual route of this policy. Imagine, a dream of all totalitarian narcissists who’s subjects are psychologically UNABLE to offer any serious criticisms of the powers that be.

Do people not connect the dots? Don’t they see what is happening in front of their eyes. Let us correlate this with a significant hadith that most people tend to read through with a pair of dry eyes along with a fresh wiff of bland thought towards.
Ibni-Majah narrates through al-’Amash (which is also mutafakun alay) that Hudhayfa ibnul-Yaman said that the Messenger of Allah عليه صلاة سلام said

“Islam will become worn out like clothes are, until there will be no-one who knows what fasting, prayer, charity and rituals are. The Quran will disappear in one night, and no Ayah will be left on earth. Some groups of old people will be left who will say. We heard our forefathers saying La ilaha illa Allah, so we repeat it.”” Silah asked Hudhayfah, “What will saying La ilaha illa Allah do for them when they do not know what prayer, fasting, ritual and charity are?” Hudhayfah ignored him; then Silah repeated his question three times and each time Hudhayfah ignored him. Finally he answered. ” O Silah, it will save them from Hell”, and said it three times.”

What I have found in my ontological observances in the study of hadith is that when it comes to understanding the signs of the hour, outside of our universal principle of not constricting their meanings to a single notion, is that the ahadith reveal a basic generic reality that gives little detail in the mechanics of how such a reality becomes. Yes, the hadith informs us of vivid facts, but for example in the hadith above, it does not inform us HOW the Qur’an is vanished from us in a single instance. We dont know how! And generally, average readers who read this typically entertain the notion that Allah will simply say kun, faya kun, and its done. However, most of the Actions of Allah are not as simple and dry like this. There is rich context into the allowances of Allah Subhanahu. Even the multiplicity of ahadith about the powers of the dajjal and in controlling the climate. The hadith scriptures do not shed light into the mechanics of how this will unfold.
So let us use our brains here. We already have an authoritarian dictatorship whose desires of control go far beyond anything known in history and was perfectly worded by Russell. And someone as deeply embedded as Russell would know considering his efforts were in the employment of their interests to begin with. Or at the very least, one could argue that he authored his material as a warning to steer us away from such a future.
Along with this, following the Russell articulation of arresting development of people and factoring in Orwell’s 1984 Newspeak, we have the current predicament of people’s attention span and cognitive extent in being minimized. I think the UN has come out with a report that reduced the common average IQ towards a lower rate not so long ago.
Then we have a prophetic hadith informing us of this reduction of knowledge into oblivion and it does not reveal how this is done. To the point that the only muslims left on the planet who’s only vernacular in Islam is the shahada itself.